This fish is extremely popular in the aquarium, due to its unusual appearance and its ability to eat algae. In general sailfin pleco is peaceful towards other fish though territorial disputes arise with other plecos. Though not nocturnal they are more active at night and will spend daylight hours 'hiding' in a secluded location. Wood appears to be an essential part of this species' diet possibly as a digestive aid rather than for any nutritional value. As the fish grows big (up to 60.96 cm in the aquarium) a large tank with good filtration is required, in general, these fish are tolerant to a wide range of freshwater conditions though prefer well-aerated water

The Sailfin Pleco is quite flexible in its water requirements.  It can live in water ranging from soft to hard, with a Gh range of from 2 to 20.  Acid, neutral or alkaline pH all seem OK, although I would not subject this fish to extremes.

Although this is a tropical fish, it is not very tolerant of high temperatures.  The generally recommended temperature range is from 23 to 27 degrees. 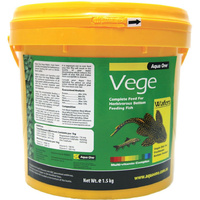