The Calico Fantail Goldfish is also called the Comet-tail Goldfish or Pond Comet. This fish was the first variety of single-tail goldfish to be developed with a long caudal (tail) fin. It was developed in the United States from the Common Goldfish in the early 19th century, presumably by Hugo Mullert of Philadelphia, who then introduced them in quantity into the market. 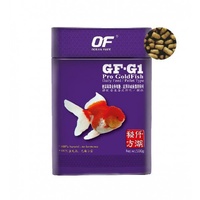